The lists below show the local FM stations that I can receive year-round in my Northern Virginia home during normal conditions both without DX enhancement and nighttime skywave enhancement.

WGOP, first logged as a nostalgia station in 2008, can only be heard in my car.  Its weak signal cannot be heard indoors.

WCAO is much more stronger in my car than indoors.  It broadcasts HD Radio, but I have never decoded it at my home.

WSBN is Washington, DC’s ESPN Radio affiliate.  The signal, up until 2019, was WMAL with a talk radio format.  WMAL was also simulcated on 105.9 WMAL-FM Woodbridge, VA.  The FM side of WMAL still exists today.

“La Capital” is a very strong signal heard 24 hours at my home.  It can also be heard on 102.9 W274BH Chantilly, VA in the western suburbs of Washington, DC.  It was first logged in 2006 as “Triple X ESPN Radio” WXTR with a sports format.

780 WAVA is co-owned with 105.1 WAVA-FM.  It airs a religious format, including mostly preaching programs.

WWFD is the first all-HD Radio signal in the United States, meaning those with analog AM radios cannot receive the station at all.  It dropped analog programming and went all-digital in 2018.  It airs “The Gamut,” an AAA-formatted signal heard on multiple FM translators in the Washington, DC area, including an HD Radio subchannel of Washington’s 103.5 WTOP.  At my home in Virginia, WWFD is a weak signal, often subdecoding on my radios but rarely decoding fully.  It was first logged in 2008 as politics-formatted “Federal News Radio.”

WCLM has been airing Spanish music since I first logged them in as WILC in 2010.  The call letters changed to WCLM in 2018.   They are a strong signal in my car, but very weak to undetectable indoors.

WURA first signed on in 2010.  It is a very strong signal that can be heard all day and night at my home, often clobbering 910 and 930 AM to the point where other signals cannot be heard.

WTEM was “Sports Talk 980” for years, but it recently changed its name to “The Team 980.”  It is a very strong signal heard all day, although it battles with Troy, NY’s 980 WOFX at night.  The signal has a long history as WRC, which aired NBC radio in the 1940s and had a news and CHR format from that point until the 1970s.  It began its current sports format in 1998.

WWGB is a strong signal at my home.  It has aired a Spanish format since my first logging of them in 2006. 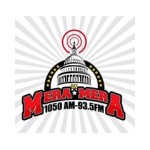 First logged as an AM simulcast of Washington, DC’s 103.5 WTOP news format, the station flipped to Spanish as WBQH by 2011.  It is a strong daytime signal that cannot be heard at night.  WBQH is also heard on translator 93.5 W228DI in Silver Spring, MD.  The signal has been home to over a dozen callsigns and formats over the years, most notedbly WGAY upon its debut in 1946.

WBAL is a news/talk station that can be heard strong during the day, but weak at night.

WUST is a daytime-only signal that often renders adjacent frequencies useless on all of my home radios due to its strength.  It airs brokered ethnic programming and is co-owned with 1190 WCRW.

WRCW was first logged at my home in 2006 as religious “WPRZ.”  Today, it is a simulcast of Washington, DC’s 570 WWRC.  Its signal is weak at my home during the day.

WDCT is a very strong signal at my home, heard only during the day.  It airs a Korean religious format.

WZHF has aired a Spanish format since my first logging of them in 2006.  It is a daytime-only signal.  The station’s city of license was Arlington, VA until 2014.  It began airing “Radio Sputnik” programming in 2014 and can also be heard on DC-area translator 105.5 W288BS.

An oddity among AM radio stations in the 2010s, WKCW airs a traditional adult hits format, much like a “Jack FM” signal would.  I first received them in 2006 when they aired a Spanish format.

WPWC was first logged as “Radio Fiesta” with a spanish format in 2006.  It’s a strong 24-hour signal heard at my home.

1500 AM was first logged in 2006 as WTOP, a simulcast of all-news 103.5 WTOP-FM in Washington.  It then flipped to “Federal News Radio,” a political talk format that airs 24/7.  It remains a sister signal of WTOP to this day, as it shares owners and studios.

A weak but consistent signal, WKIK-AM simulcasts 102.9 WKIK-FM, a country signal serving southern Maryland.  It can be heard all day and night at my home.

Heard about 5 miles north of my home in Lorton, VA, low power 1610 AM airs a loop of information for visitors and residents of the Ft. Belvoir Army Base.  It cannot be heard at my home due to its weak signal. 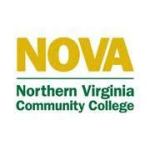 Heard only in my car about 10 miles north in Springfield, VA and points north, WPHG707 is a Maryland Department of Transportation radio station.  It airs a computer synthesized voice with a loop that simply reads “This is a test.”

Weak in my car and unlistenable at my home, WPTX airs an adult contemporary format.  It was first logged in 2006 with a sports format.

AM reception at night is much different than during the day.  AM signals bounce off the E-layer of the atmosphere between sunset and sunrise, often resulting in interesting receptions of hundreds of miles away.  The stations below are the signals that I often receive at night via skywave.  For brevity, I have not included the local stations linked above that also come in at night during groundwave propagation.