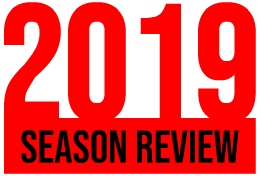 Sporadic E is a method of signal propagation that, when in effect, allows broadcast signals to be received up to 1500 miles away with clear local reception. It can happen any time of the year, but it is most common during the summer months.

I have been DXing FM radio since 1999.  Although I received my first Sporadic E signal a year later, I didn’t monitor the FM band daily for FM Es until 2006.  From 2006 to 2009, I experienced hours of skip most days of the annual season, which usually falls between mid-May and July 31.  I often had to put off social events because the FM band was always inundated with skip.  Starting in 2009, however, things started to plummet.  I received 22 FM Es openings that year, and by 2016, it was down to 8.  The amount of skip heard during that time dwindled, going from 24 hours some years, to only 33 minutes total in 2017.  I experienced 100 minutes of FM Es during one opening alone last year, when I was on vacation in New York.  Although that opening was stunning given the annual downturn, the rest of the 2018 season was a dud, on par with 2017.

2019 was one for the record books, and not in a good way.  There were four Sporadic E openings during the entire of the season.  Of the four 2019 openings, only one of the them had signals that came in for more than a few seconds at a time.  Overall, the 2019 season netted me two new FM logs, one of them remarkably a weak 250-watt translator.  Skip was heard about 1 hour and 4 minutes total in 2019.

I used to give detailed reviews of the season’s FM Es openings, but it has gotten to the point where I can sum it up in a brief post.  Hopefully there will be some respectable skip in 2020.  Even though each year seems to be worse than the last, I still keep my hopes up.

DXing is the hobby of logging distant broadcast signals. I have been DXing for over 20 years from Northern Virginia. This website focuses on DXing the FM, AM, and TV bands. For more information about DXing, click on ‘Sections’ then ‘About DX’ from the drop-down menu linked above. 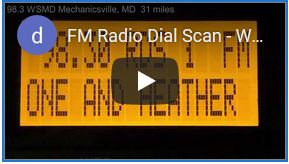